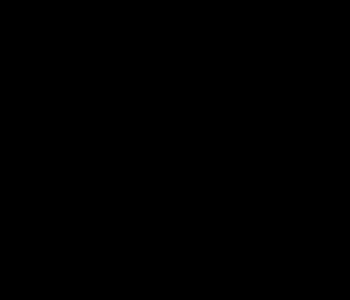 Located at a distance of 25 kms. From the district headquarters, Cuttack on the Cuttack-kendrapara State Highway, Salipur Autonomous College stands against the backdrop of panoramic, sylvan Chitrotpala, just about a kilometre away from the Salipur bazzar. Eminent persons from various walks of life who have made significant contributions towards the advancement of Odisha are hailed from and around this area. They have nourished and patronized this College from its fledgling state till it attained a healthy adulthood. The long felt need for establishing a College catering to the demands of the people of a vast area of the Cuttack district was fulfilled in 1963. A College committee was constituted in the same year comprising active, enthusiastic and enterprising persons of the locality. They were entrusted with the task of raising funds and meeting other needs for starting a College.

The committee succeeded in its tireless efforts in opening the Pre-University Arts faculty of Salipur College, Salipur, affiliated to the Utkal University with effect from 9th July 1964. In this connection, special mention may be made of the magnificent donations made by a firm of Contractors through its partners Sri Biraja Prasad Ray, Sri Baman Charan Parida and a prominent local business man Sri Bikalananda Kar in addition to the help and financia support by legions of local enthusiasts that helped in materialising the aspirations of the people of Salipur for establishing an institution of higher learning. In 1965, the college was shifted to its present site with a limited accommodation of Pre-University classes in Arts and Science faculties. The first year degree classes at the B.A. and B.Sc. stages were started in1965-66 and 66-67 respectively. The second and the third year Degree classes were opened within the years that followed. In 1970-71 P.U. classes in Commerce and education were introduced. In 1971-72 B.Sc. classes with Physics, Chemistry and mathematics (Physical Science) group were opened. In 1972-73 B.Sc. classes with Chemistry, Botany and Zoology (life science) group along with B.Com and B.A. (Education) classes were opened. In 1974-75 Honours classes in the Humanities were introduced and Honours courses in Physics and Chemistry were opened in 1976-77 and Zoology Hons. from 1977-78 and Botany Hons. from 1980-81 were introduced. Honours in Statistics have been opened in Physical Science Stream from the academic session 2012-13. The elective subject such as Electronics at +2 Higher secondary stage was introduced from 1998-99 and IFF (Industrial Fish & Fishery) at degree level has been introduced since 1996-97 under UGC assistance. Honours in Education and Commerce were introduced from 1978-79, Honours in Sociology was opened from 2003-04 and Honours in Sanskrit and Philosophy have been introduced with permanent recognition from 2006-07 vide Govt. Order no. 5592 dated 22.08.2006. There has been a steady growth of its student’s strength from 83 in 1064-65 to about 3400 including 1900 girl students in 2019-20. The members of the academic staff that comprised only seven members in 1964 increased to 71 including 31 lady teachers. The present strength of non-teaching and supporting staff is about 48. The College has carved out a niche for itself in the map of premier educational institutions of higher learning in the state gaining strength in academic excellence, inculcating  into the minds of its young learners a unique sense of discipline, unity, honesty, integrity and accountability.

The aspirations of the local people, who have toiled, strived, sweated, sacrificed and dedicated themselves to the cause of dissemination of higher education and learning has found partial fulfilment. It is now a full-fledged degree College with an enviable record of students and commendable success at various examinations from time to time. With financial assistance from the State Government and the University Grants Commission (UGC) and the ungrudging help and patronage from persons of the locality and abroad who count in various political and social spheres, this College looks forward to reaching a crescendo of perfection and excellence. Its immaculate ways of conducting examination at various levels are commendable and serves as a role model and ete opener for others.

We should not be overtaken by self complacency. Much remains to be done to expand its activities and bring it to the status of one of the leading premier educational institutions of the nation with autonomy. We have to strive hard to maintain and promote its present stature with an unswerving devotion to duty, unchallengeable sense of commitments, involvement, accountability and transparency.

The institution celebrated its Silver Jubilee a week long function in September 1991 with a great glory in a grand manner. This College celebrated its maiden foundation on this occasion. Members of the Peer Team of NAAC (National Assessment and Accreditation Council) , an autonomous body of UGC visited this College on 30th November and 1st December 2005 for accreditation. The College has been for the first time, accredited with an excellent grade of B++ with 82.25% score for five years w.e.f. 2nd Febuary 2006. Our College Deity Lord Laxmi Narayan was installed in the newly built temple in the College premises on 31st August 2006.

Corporate Sectors like Infosys, Zen-Pact, Vedanta, Asian Paints etc. pay their regular visit to the College to select efficient, meritorious students for necessary training at their end to have them within their fold.

Bikalananda Kar Memorial Trust, Salipur awards financial help to the meritorious students in each academic session at +2 and +3 levels.

The Autonomous Inspection Team paid a visit to Salipur College in January 2014 and the College was conferred Autonomous Status from the academic session 2014-15 to 2019-20 by UGC. Further the NAAC Peer Team visited the College in October 2014 for Reaccreditation and it extended ‘B’ Grade with 2.60 CGPA score to the College after a three day long scrutiny.

The College is selected by Higher Education Department, Govt. of Odisha under OHEPEE assistance for a period of five years from 2018-19 under World Bank Assistance. The Department of Biotechnology, Govt. of India has selected five science departments i.e., Physics, Chemistry, Mathematics, Botany and Zoology for the prestigious STAR COLLEGE SCHEME for a period of three years from 2020-21.